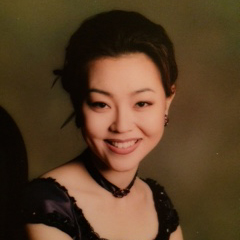 Esther Kim   Piano 0414 370 471 Esther began her music studies in South Korea at Sookmyung Women’s University, graduating with a Bachelor of Music in Voice.She majored in classical vocal music and education and studied piano as a second instrument.After completing her studies in South Korea, Esther continued her education with in-depth research and philosophies of music, working towards a Master of Music Education through the Auckland University in New Zealand. She has been tutoring students at various levels over 20 years in various schools in Australia both the piano and pipe organ.She has taught piano at Albion North Primary School, Altona North Primary School, Wyndham Park Primary School and St. Peter’s Catholic Primary School. She has also been a regular accompanist for the Vivace Voices Choir at Alamanda College and for the Melbourne West Korean Church.